St. Louis –  With Zach Parise out, Jason Zucker of Las Vegas will skate on a line with Mikko Koivu and Charlie Coyle for the NHL Minnesota Wild who take on the St Louis Blues at the Scottrade Center on New Year’s Eve. The Wild announced Parise has a lower body injury. Jason has 9 goals, 8 assists and is +4 this season. He has one game-winning goal. The Wild is 5-5-5 in road games.  The Blues yesterday released longtime veteran center Scott Gomez.

Moose Jaw, Saskatchewan – Landon Quinney of Las Vegas and the WHL Moose Jaw Warriors will play New Year’s Eve against the Medicine Hat Tigers on home ice at Mosaic Place. Landon, in his first WHL season, has 3 goals, 9 assists for Moose Jaw which is 18-13-4 and in a playoff spot.  Medicine Hat is 12-20-3. The weather here is clear and at faceoff it will be about minus-7 degrees outside the arena.

JASON ZUCKER 2015 LAS VEGAS HOCKEY PLAYER OF THE YEAR
===========================================
By Lee Samuels
Las Vegas – Jason Zucker, who grew up playing youth hockey in Las Vegas and is now a high-action star goal scorer for the NHL Minnesota Wild, is the 2015 Vegas Hockey Player of the Year. He last played in town for a AAA Nevada Stars 16u team at the Las Vegas Ice Center.
He initially played roller hockey when his hockey dad Scott took him to see Larry Sanford, the legend roller coach, at the Crystal Palace roller rink. At the time, Jason was 3 1/2 years old. He brought his own hockey stick, a Trllogy with a black shaft, to the roller rink.
——
Great goal scorers were rewarded with major 2015 Vegas Hockey Awards.
Vincent Dekumbis, the star goal scorer for the WSHL Las Vegas Storm, received more votes than any other Vegas Hockey award winner at all age levels. Born in Fribourg, Switzerland, Vincent too went to his first hockey rink at the age of 3 1/2 years old.
Vincent’s father Armand said “I played hockey too. Our cousin Reto was many times a Swiss champion playing on the Swiss national team. Hockey is in our blood. Vincent is hoping to someday play for a major university and then his ultimate goal, the NHL.”
Las Vegas coach Gabe Gauthier said Vincent is the real deal on the ice.

The votes are in…there were over one thousand ballots sent here from many countries….some of the ballots were unforgettable with the story behind the story about the players on the ice.

We will announce the major 2015 Vegas Hockey Awards on New Year’s Eve.

Thank you to all who voted. Thank you particuarly to all of the coaches, players and the parents plus the behind the scenes folks who worked so hard and are All Heart as well.

Happy New Year to All

Las Vegas – Jake McKenna, a hard worker on the ice for the WSHL Las Vegas Storm, has been voted All Heart for the second straight season.

Jake received the most votes for All Heart at all age levels for the 2015 Vegas Hockey Awards. All Heart was an award first given to Spike Neely, an action skater who went over the wall and onto the ice and give it his all no matter what the score for the 1999, 2000 AA Las Vegas Mustangs midget major teams. Spike and the 2000-01 Mustangs were the first from Las Vegas to play in the U.S. Nationals.

Storm head coach Gabe Gauthier said “Jake is a very hard worker on and off the ice. He also takes the time to help younger players in our organization.”

Hockey mom Alicia added “…Jake’s love for the sport is what he is all about. He eats, sleeps and dreams hockey and would rather spend every waking moment on the ice than anywhere else. He’s been a natural motivator and leader for most of his hockey life and is always there to take on a new challenge, to lead by example. He is truly All Heart.”

Reader Barbara Kusak wrote “….Jake embodies the qualities of character — leadership, ability and that does the sport proud.”

STEVEN SCAMORZA ‘ALL HEART’ FOR THE UNLV REBELS

Las Vegas –  Right wing Steven Scamorza was voted as the All Heart player for the Top 10 ranked UNLV Rebels in the 2015 Vegas Hockey Awards.

Nick Robone, co-head coach with Anthony Greener, said today “….I don’t think any team can be successful unless you have a player like Steven. He loves to learn. He asks questions because he wants he wants to get better every day. He deserves the All Heart award because all of his efforts goes to whatever makes our team better. He has no interest in personal statistics. That is what All Heart players are all about.”

Brandon, Manitoba – Landon Quinney of Las Vegas dealt two assists for the WHL Moose Jaw Warriors in a tough 6-5 loss to the Brandon Wheat Kings at Westman Place. Landon, in his first WHL season, has 3 goals, 9 assists for 12 points. The crowd was 4045. Outside the rink doors during the game it was a brutally cold minus-16 degrees. 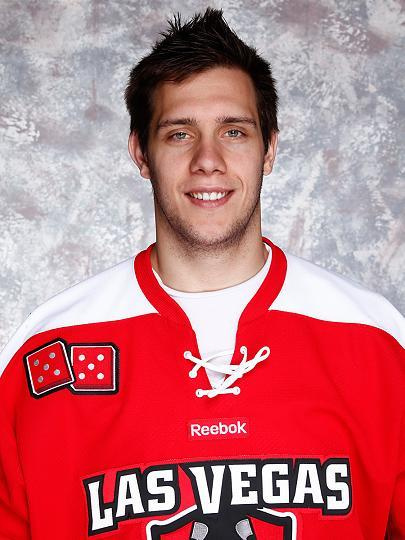 Our web host Word Press today forwarded a list of our Most Read stories for 2015 here on Vegashockey.net. According to Word Press in 2015 there were readers here from 86 countries.

#5 HERE’S HOW TO SIGN UP FOR VEGAS WANTS HOCKEY

For the 13th straight year, readers have voted the Las Vegas Ice Center snack bar as the winner in the 2015 Vegas Hockey Awards. The Ice Center again won the ‘Best Rink Coffee’ award.

Sarah Robello of Las Vegas and the NCAA Division 1 Mercyhurst Lakers return to action against Rensselaer Poly on January 2-3 on home ice in Erie, Pa. Sarah, a sophomore, has 4 goals, 2 assists this season. She had 7 goals, 21 assists in her freshman season and was named to the College Hockey All American Rookie Team. Mercyhurst this season is 6-0-2 in conference games and 8-7-3 overall.

Las Vegas goalie Dylan St. Cyr, playing for the U.S. National 17u team in the USHL this season, has committed to the University of Michigan for the 2018-19 season.  Dylan, 16, played bantam and AAA midget level hockey in the Honeybaked Hockey Club program in Oak Park, Michigan before getting selected to the U.S. National team.  In the recent World Hockey Challenge in Quebec, Dylan in four games had a 2.02 gaa and a 92.1 save percentage. Dylan is the son of Gerry St. Cyr, a retired star goal scorer in ice and roller. Dylan’s mother is Manon Rheaume, a Canadian Olympic Silver Medalist goalie who was the first woman to try out and play in exhibition games for a NHL team – the Tampa Lightning in 1992 – and who later played for the Las Vegas Thunder.