Ash Printzen of Las Vegas – who is currently playing for the AAA Detroit Honeybaked girls 19u ice hockey team – has been selected to play for Team USA Inline which will be playing in games this summer in Barcelona. This is the second time Ash has played for Team USA Inline. Last year Team USA played in Italy and Ash was the #2 goal scorer.

New York City – The UNLV Rebels are in New York getting set for their weekend series vs #15 ranked Stony Brook this weekend – the final regular season games of the season.

UNLV Rebels head coach Anthony Greener said “…we plan to have a nice team dinner tonight and on Thursday we will do a team tour of the Statue of Liberty.

“After that we head out for Stony Brook.”

“These two games are very important,” Greener added. “We are ranked #11 and we want to stay in the Top 12 in the rankings so we don’t play that extra game. Stony Brook is like #14 and trying to get higher in the rankings. So, yes, we all know the meaning and importance of these games.”

UNLV vs Stony Brook is set for this Friday, Saturday evenings at the Rinx in Hauppage, New York. 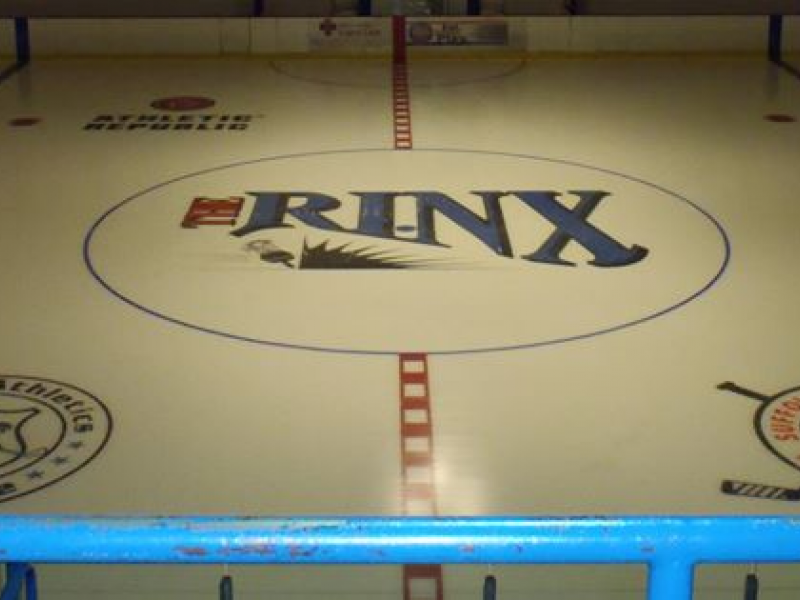 UNLV vs Stony Brook will be at The Rinx, Hauppage, New York this weekend

The computer ranking will for the sixth time determine the 20 teams that qualify for the 2019 ACHA Men’s Division-I National Championships, which will include the following six autobids:

The 2019 ACHA Men’s Division-I National Championships will be hosted March 21-26 for the first time by the Visit Frisco, Dallas Stars, and Children’s Health StarCenters at the Comerica Center in Frisco, TX. This will be the eighth year of the 20-team format.

The eighteenth ranking of the regular season will be released on Wednesday, March 6, 2019 and will determine the remaining 14 teams invited to the 2019 ACHA Men’s Division-I National Championships.

Winnipeg, Manitoba – Jason Zucker of Las Vegas scored on a powerplay with 1:30 left to tie the game, then teammate Joel Eriksson Ek got the game-winner for the NHL Minnesota Wild in a 3-2 win over the Winnipeg Jets at the Bell MTS Place Arena. Jason’s 16th goal of the season was assisted by Ryan Donato and Eric Staal. That was Jason’s 117th career goal in the NHL. Minnesota has won all 4 games against Winnipeg this winter.

ACHA D1 Head Coach Chris Garofolo has been with the Stony Brook University hockey program for over 20 seasons, eight years as a head coach, with over 100 wins. The #11 UNLV Rebels will take on #13 Stony Brook U at The Rinx in Hauppauge, N.Y. to close out the regular season this Friday and Saturday nights. In New York Stony Brook is regarded as “the most dominate ACHA D1 team in this territory.”

These coaches will be participating as guest coaches/instructors on the benches, during practices and during the seminars at the camps

We will be adding more coaches right up until the camp!

The American Collegiate Hockey Association (ACHA), the governing body for non-varsity collegiate hockey in the United States will host the 2019 ACHA National Championship Tournament in Frisco, Texas in conjunction with the NHL’s Dallas Stars and the Frisco Convention and Visitors Bureau.

The 2019 ACHA National Championships will be played at the Dr Pepper Arena in Frisco, Texas as well as additional StarCenter facilities. The Dr Pepper Arena is the home practice facility for the NHL Dallas Stars and also houses the Stars’ Executive Offices.  The StarCenters are the Stars-led community ice rinks throughout the DFW Metroplex.