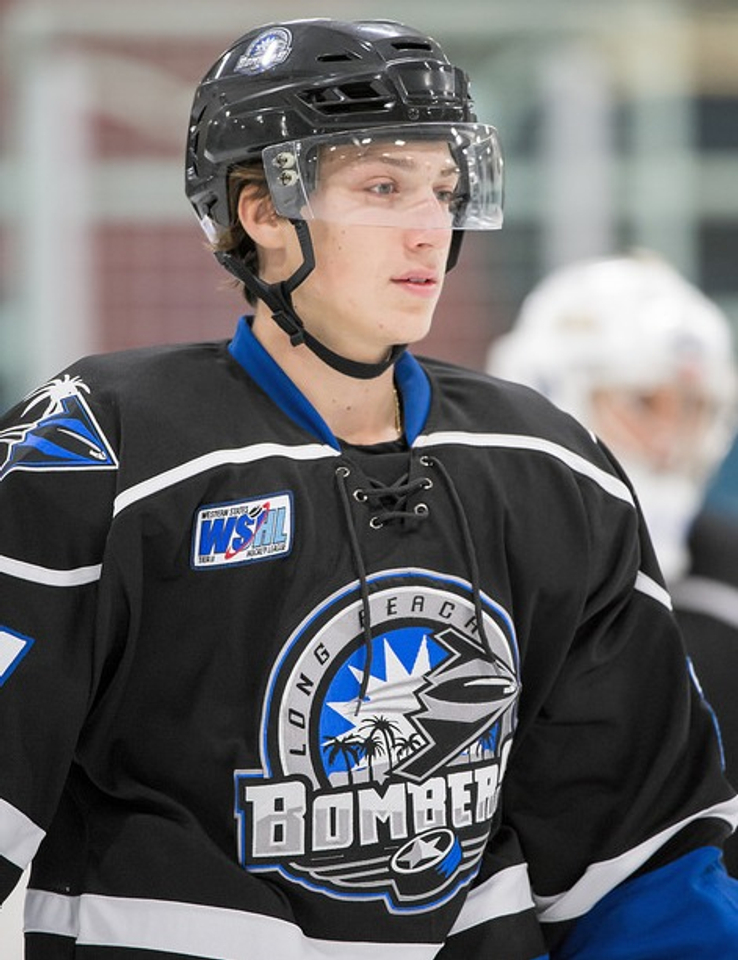 Meet the newest member of the expansion Las Vegas Thunderbirds – Tomas Urbanec. A native of Czech Republic, Urbanec has played with the Long Beach Bombers since the age of 16 scoring a franchise-best 313 points in 223 games.

“It’s a great day for us, picking up a 100 point guy who plays hard,” said head coach Dave Hyrsky. “Tomas will be a leader us. Sometimes with new teams finding experienced scoring can be tough and Tomas takes care of that. Offensively he is a beast. He pushes people around him to get better.”

Urbanec arrives in Las Vegas after posting back-to-back 40+ goal seasons. In 2018-19 the 6’2 forward finished with 93 points in 58 games. That followed a 101-point season the previous year when he was selected in the USHL Draft by the Fargo Force.